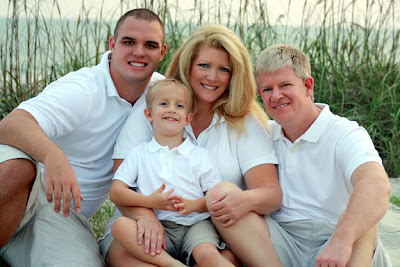 They say the first step to recovery is being honest about your addiction. Mine is junk food and I know I'm not alone. America and many other nations are suffering with a growing obesity epidemic.

I have gained and lost weight many times in my life. However, I was never an overweight child. The first time I remember gaining weight and being concerned about it was when I was 15 years old. I noticed that my jeans were tighter than usual. Since I never weighed myself, I'm guessing I probably gained 5 or 10 pounds. By the time spring and summer rolled around I lost the weight easily.

When I lived at home, my mother would keep me in check. She cooked healthy meals for me and my brothers. If she thought I was gaining weight, she would mention to me that I needed to do something about it.

In 1981, I became pregnant. I gained 30 pounds during the pregnancy, which put me at 182 pounds. Once my daughter, Rachael, was born, I lost the extra weight by drinking Slim-Fast. This is when my dieting roller coaster began.

By this time, I am newly married and living hundreds of miles from my mother. I ate whatever I wanted... however much I wanted. I gained 30 pounds over a period of three years. I then decided to do the Atkins low-carb diet and lost 20 pounds.

In 1986, my husband and I decided to separate. My daughter and I moved back to Texas to live with my mother. Shortly thereafter, I read a book about fasting that my mom recommended. We decided to do a 7-day fast together. We broke the fast by getting on the cabbage soup diet. I lost weight with each thing I tried, but eventually I gained the weight back. Being 30 pounds overweight again, I decided to try NutriSystem. The diet worked and I lost the weight. You know the drill by now... I slowly gained back the weight.

There were times when I lost weight by eating less and exercising daily. But once I started eating what I wanted again and stopped exercising, the weight came back. It's a vicious cycle, but I've learned many things along the way. I've learned that losing weight is the easy part. Keeping the weight off is the real challenge.

I have learned many things about myself while on this journey. I discovered that I love junk food. I love good food. I even love healthy food. The truth is I love food a little too much. Instead of treating food as a necessity for the health of my body, I have a love-relationship with food. Food is my friend, my very very close friend. I am an emotional eater. I eat when I'm happy and I eat when I'm sad. I also eat when I'm bored. But I seldom eat when I'm hungry. I may think I'm hungry at the time, but often I simply want to eat because it tastes good. Food makes me feel good.

I love Ding-Dongs, chocolate donuts, and powdered donuts. I love chips. I love Schlotsky's sourdough bread. I love French bread. Come to think of it...I just love any kind of bread. I love Snickers, Milky Ways, Butterfingers, and Reese's Peanut Butter Cups. I love lasagna. I love Mexican white cheese dip. I love Pizza Hut's pan pizza. I love cheeseburgers with fries. I love Coca-Cola. I love Dr. Pepper. I love an ice-cold IBC root beer. I love fried shrimp and fried oysters. I love eastern North Carolina barbecue. And that's the short list! I like a lot more junk food than what I've listed here. If I took enough time to list it all out, it would probably shock you.

In 1990, I remarried. Three years later, I had a baby boy. I was 189 pounds when I became pregnant and I had gained 35 pounds by the time my son, Dylan was born. He weighed 10 pounds, 4-1/2 ounces. Six weeks later, I lost all the pregnancy weight. I didn't diet to lose the weight, it just came off. I breast-fed my baby, so I know that helped.

Unfortunately, my marriage was rocky. We had just separated when I found out I was pregnant. We stayed separated until our son was born and reunited as a last-ditch effort. By the time my son was 13 months old, we separated again and eventually divorced. I was overweight and miserable. My daughter, son, and I moved in with my mom. She helped me lose the weight by dieting and exercising with me. I felt so good about myself, I decided to take acting lessons and even posed for some Glamour Shots.

However, I was soon back on the roller coaster ride again. It took a year and a half, but I succeeded in gaining all the weight back. In October 1995, my divorce became final so my mom, daughter, son, and I decided to move to Arkansas to be near family.

Over the next four years, I lost and gained weight several times. Then I watched the movie, You've Got Mail and decided to give online dating a try. I was 30 pounds overweight, but wanted to check it out anyway. I posted a really nice picture of myself on my profile, thinking it might help attract interest. Well, it worked! I met my husband, Paul on a Christian matchmaker site. Of course, he thought I looked like the picture I posted on my profile! His first email to me said, "Wow." I said to myself, "Uh oh".

From the moment I received his first email, I knew I had better lose the weight. What did I do? I started a fast. For the next 30 days, I didn't eat a speck of food and I exercised every day. By the time we met (a month after our first email to each other), I had lost 30 pounds and looked great. We married four months later in November 1999. I know it's crazy, but we were in love! We still are, thank the Lord.

After Paul and I married, I did a pretty good job of keeping the weight off. Paul introduced me to juicing and whole food supplements. Though I was doing some things right, I eventually gained the weight back. I heard about the Body-for-LIFE program, so I bought the book and read it from cover to cover. I decided to do the Twelve Week Challenge. I followed the program religiously. Along with dieting, I did cardio and weight training six days a week. I managed to lose 30 pounds in 12 weeks. I was thrilled! Do you think I stuck with the program that was delivering such fabulous results? No, I sure didn't. I sure wish I had, though. I was really looking good.

On January 1, 2003, I made my annual resolution to lose weight. I did the Atkins diet again. I lost 20 pounds, but eventually gained it all back. I couldn't figure out why I was not losing weight, even though I was dieting and exercising.

After a routine pap smear, my gynecologist asked me if I had anything I wanted to talk to him about. I told him that I was very concerned about my weight gain over the last year. He referred me to my family doctor to have my thyroid checked. My doctor tested my blood and confirmed that I had hypothyroidism. In case you don't know, your thyroid helps to regulate your metabolism. The doctor explained that my thyroid was under-performing. He put me on thyroid medication and I still take it every day. I thought that by taking this medication, my weight problems would be solved. Boy, was I wrong. Instead of losing, my weight continued to climb. Keep in mind, I was eating whatever I wanted and that meant junk food. I reached a point where I just didn't care about losing weight anymore. I was disgusted.

In July 2006, I found out I was pregnant! It came as quite a shock. I thought I couldn't have a baby because of the perimenopausal signs I was experiencing. I was 42 years old! Well, God has a sense of humor. Even though I was overweight and as the doctor put it "of advanced age", I was delighted to be having a baby. My husband, Paul, was thrilled that he was going to be a daddy, as this was his first child.

The pregnancy went exceptionally well. Two weeks before my due date, I was at my OB appointment and was told that my blood pressure was too high. The doctor sent me to the hospital so they could monitor me closely. After an hour, they decided to admit me. Labor was induced the following morning but things were not progressing as expected. Because the baby was large, my doctor advised a C-section. Brady Thomas Eilers was born March 29, 2007, weighing 9 pounds, 11 ounces. Six weeks later, I lost all the pregnancy weight. I breastfed Brady for 9 months, so I didn't diet during that time.

On January 1, 2008, I made my final resolution to lose weight. I am so tired of making that pledge. Year after stinking year. I am finally ready to change my junk-food eating ways.

On February 18, 2008, I put my healthy eating plan into action. It's been 3 weeks since I started and I have already lost 10 pounds!

My goal is to lose 2 pounds a week. If I lose more than 2 pounds that will be great. If I lose less than 2 pounds, then I will take a look at what I did the previous week and make changes accordingly. I know as soon as I start exercising, I'll lose even more weight.

I want to be fit and trim. Once I lose this weight, I want to maintain it and never have to go through a challenge like this again. I know it won't be easy, but with much effort and great determination, I will reach my goal.

© 2008 Thanks for taking the time to read my blog. Please feel free to peruse my blog for more great content.
My Other Websites: Are Your Vitamins Safe? Whole Food Nation Affiliate Link