The Biggest Loser Goes To The Grand Canyon! 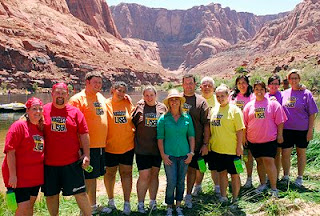 Did you watch the show tonight? The Biggest Loser started out week 3 at the Grand Canyon.

I love the Grand Canyon. I've been fortunate enough to make three trips - once as a child and twice as an adult. I love the beauty and the mind-blowing awesomeness of it.

The downside of The Biggest Loser Grand Canyon road trip was the teams were left to their own devices (no trainers present) which meant the most strenuous exercise they managed was a bit of walking.

So once they returned to the ranch, the trainers gave them all a good talking to and then proceeded to kick their butts back in the gym. 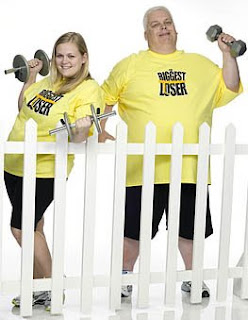 Out of all the teams, Jerry and Coleen had the lowest percentage of body weight lost, so they had to decide between them who would stay at the ranch and who would return home. Jerry told Coleen he wanted to go home so the decision was made.

My favorite part of the show is at the end where they show the "Where Are They Now?" segment.

They showed a video of Jerry (and yes, I teared up as usual) and he looked fantastic. He left the ranch having lost 20 pounds. Now after four months, he's lost 70 pounds!

As soon as I can get my hands on Jerry's "after" picture and video, I'll be sure to post it for everyone to see. I really got emotional watching the video. It's so darn inspiring.

I just love this show!

Together, Adam and Stacey Have Lost 116 Pounds!

Biggest Loser is Back for Season 6!